Smoke on the Mountain tells the story of a Saturday Night Gospel Sing at a country church in North Carolina’s Smoky Mountains in 1938. The show features two dozen rousing bluegrass songs played and sung by the Sanders Family, a traveling group making its return to performing after a five-year hiatus. Between songs, each family member “witnesses” – telling a story about an important event in their life. Though they try to appear perfect in the eyes of a congregation who wants to be inspired by their songs, one thing after another goes awry and they reveal their true – and hilariously imperfect – natures. By the evening’s end, the Sanders family has endeared themselves to us by revealing their weaknesses and allowing us to share in their triumphs. 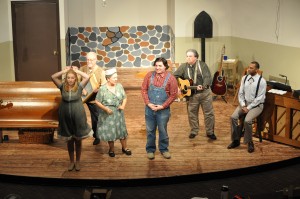 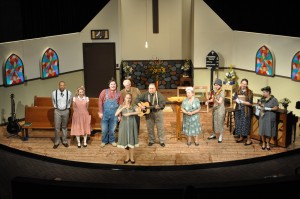 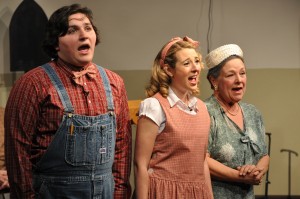 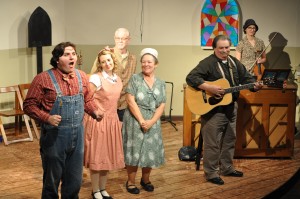