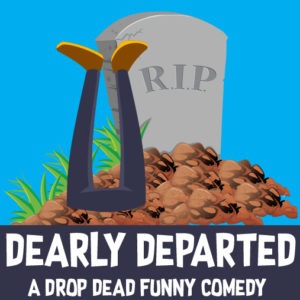 By David Bottrell and Jessie Jones
Directed by Jacki Goodall

In the Baptist backwoods of the Bible Belt, the beleaguered Turpin family proves that living and dying in the South are seldom tidy and always hilarious. Despite their earnest efforts to pull themselves together for their father’s funeral, the Turpin’s other problems keep overshadowing the solemn occasion Amidst the chaos, the Turpins turn for comfort to their friends and neighbors, an eccentric community of misfits who just manage to pull together and help each other through their hours of need, and finally, the funeral.